In these last days he has spoken to us by his Son, whom he appointed the heir of all things, through whom also he created the world. He is the radiance of the glory of God and the exact imprint of his nature, and he upholds the universe by the word of his power. 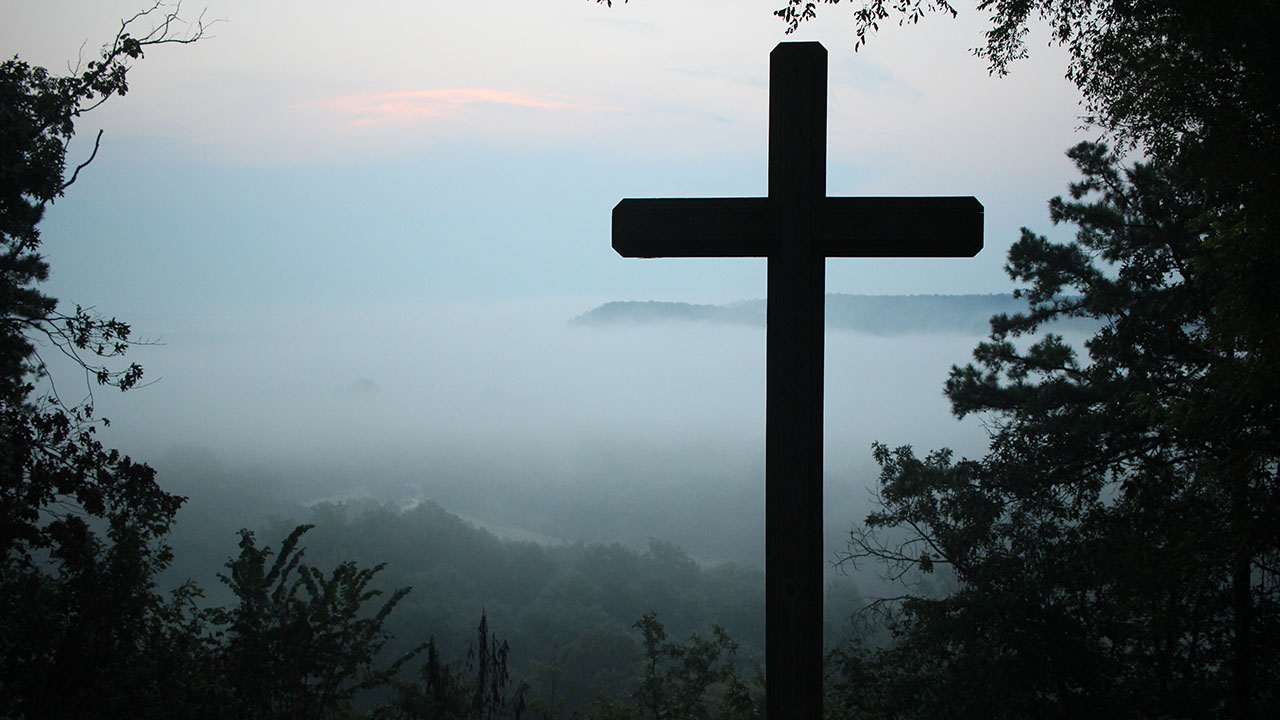 The Book of Colossians says that Christ is the “image of the invisible God” (1:15) and “all things were created through him and for him” (v. 16). Hebrews continues by saying that Christ is the “heir of all things, through whom [God] created the world” (1:2), and indeed, “he is the radiance of the glory of God and the exact imprint of his nature, and he upholds the universe by the word of his power” (1:3). John explains that, before time began, this same Christ was “the Word, and the Word was with God, and the Word was God” and “all things were made through him” (1:1, 3).

What this means is staggering to consider. The source and focus of all reality are not found in an event or an idea, or some kind of phenomenon in the cosmos, but it is found in a person. Consummate truth and power and glory are found in one person. Meaning, purpose, and joy are found in one person. And this person is Christ, the eternal Son of God. If it were to stop there, that would be sufficient to make him the focus of everything humanity says, thinks, and does for endless ages, but his glory does not stop there.

Not only is Christ divine in all the ways expressed above, but because of the abject brokenness of humanity and its fallen predisposition to love anything before loving God, Christ did something more glorious than even creating and sustaining the universe—in fact, what he did was infinitely more glorious. John says that “the Word became flesh and dwelt among us, and we have seen his glory, glory as of the only Son from the Father, full of grace and truth” (John 1:14). In taking on flesh and displaying the glory of the Father, Christ entered human history to redeem for himself a people, and he did this through the cross.

Laying hold of the sins of his people, Christ carried them to the tree so that they would be paid in full and so that he would secure their complete reconciliation before the God they had dishonored. Second Corinthians 5:21 tells us that God the Father made Christ “to be sin who knew no sin, so that in him we might become the righteousness of God.” Colossians 1:19 explains this further, telling us that “in [Christ] all the fullness of God was pleased to dwell,” which means that through Christ alone, God could finally “reconcile to himself all things, whether on earth or in heaven, making peace by the blood of the cross” (Colossians 1:20). This event is the center of human history and the apex of God’s glory, where it shines brightest and where it will, for all time, receive the most attention and affection.

The work of Jesus Christ in redeeming a people for God is reflected in the awesome reality that for all eternity those who belong to him will be consumed by such joy, they cannot help but sing these praises, saying: “Worthy are you to take the scroll and to open its seals, for you were slain, and by your blood you ransomed people for God from every tribe and language and people and nation, and you have made them a kingdom and priests to our God, and they shall reign on the earth” (Revelation 5:9-10). Therefore, Risen Hope’s undying passion for Christ Jesus in this life is merely a preface to eternity, and it is our effort to embrace the ultimate purpose of human existence (Philippians 3:7-11; Ephesians 2:3-14).