For I am not ashamed of the gospel, for it is the power of God for salvation to everyone who believes. 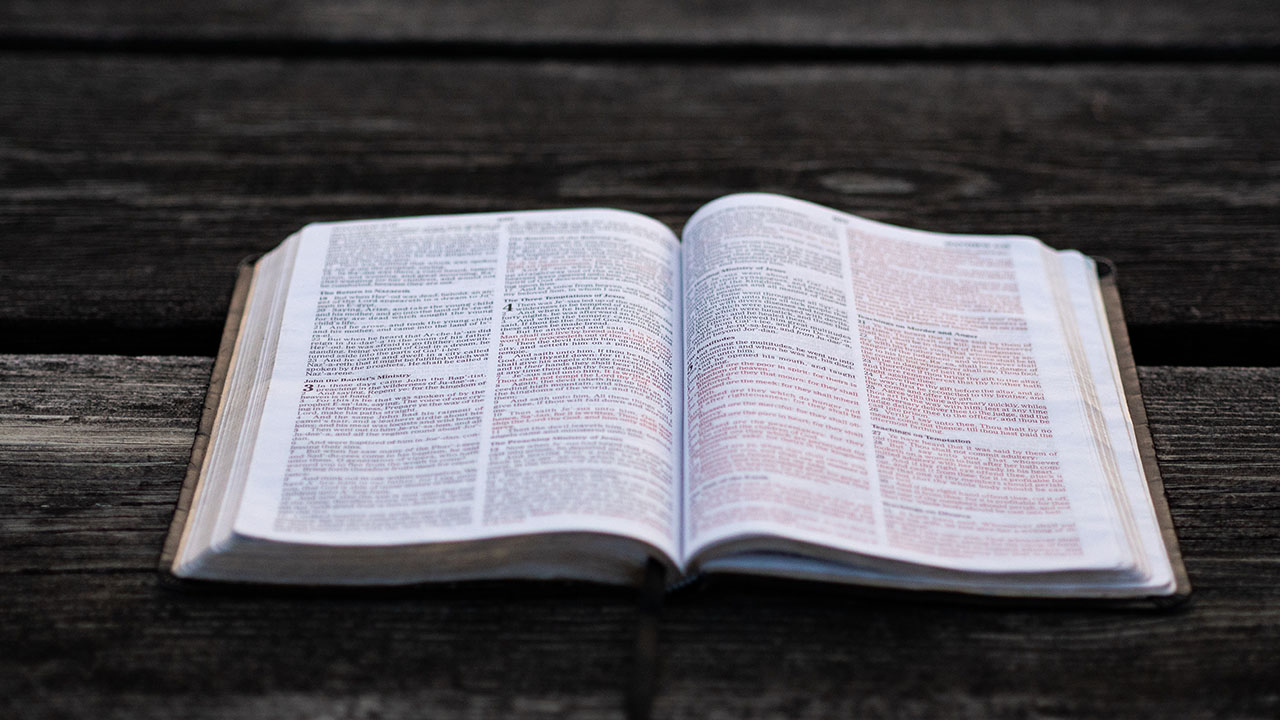 Everyone believes in something, and everyone clings to a worldview that relies on statements they believe to be true. Some claim their worldview is proven true in material reality; others feel confidence about certain things because they trust the one who told them; and still others only believe things because they simply want them to be true. The Christian’s confidence arises from one place only, the fact that God has revealed himself not only in the natural world that he created, but in the Holy Scriptures: the sixty-six books of both Old and New Testaments.

When describing Scripture, 2 Peter 1:21 says that “no prophecy was ever produced by the will of man, but men spoke from God as they were carried along by the Holy Spirit.” Second Timothy 3:16-17 even says that “all Scripture is breathed out by God.” The Christian has been persuaded by the Scripture’s self-attestation to originating from the one, true God, the Author of all reality and the only one who can ultimately define the purpose and meaning of life. This is the bedrock of the Christian worldview.

This does not mean that the Christian responds to the natural world with ignorance, nor does it mean that the Christian relies in every situation on only what has been communicated in Scripture, but it does mean that the ultimate authority by which they interpret reality arises from one place: what God has told humanity. And although the Christian’s confidence that God has spoken in Scripture can be strengthened by historical evidence, such as the abundance of manuscripts available or the fulfillment of specific prophecies, none of these are the ultimate basis by which the Christian trusts Scripture. Intrinsic within God’s own word is its self-authenticating nature, which can commend itself as truth to the heart of a person who hears it.

As there is no higher authority to appeal to than the Creator of reality himself, there is no standard of truth with which humans can compare Scripture to in order to validate its authenticity. God’s word is truth at its very essence (John 17:17), which means that everything else is truthful only based on its correspondence with his word. Therefore, God’s word must be self-authenticating, in order for it to have any accuracy at all. How could it be any other way? For if there is a God who gives meaning to all things, where else would the truth about those things come from, if not their Creator?

And according to Scripture, God’s word must be self-authenticating in order to take root in anyone’s heart as trustworthy because man does not naturally accept the things that come from God (1 Corinthians 2:14). Rather, man is born with a mind naturally set on his own flesh (Romans 8:7)—he cannot see outside his own interpretation of reality governed by profound limitation and his own desires. Romans 1:18-23 says that God has never hidden evidence of his existence from humanity’s senses, but has revealed himself to everyone through the things that have been made. Man’s denial of God isn’t for lack of evidence, nor will there be in the final day any sufficient objection to whether he has provided any.

Scripture’s position is that humanity is born into a state of spiritual blindness without any inclination toward the true God and with a native willingness to disabuse themselves of not only God’s existence or his design, but the very delight they were always intended to have in him. This darkness is pervasive and has existed since the Fall; and it is at the center of all that is broken in this world (John 3:16-21; Ephesians 4:17-19). So the only hope for humanity to see this God is for him to grant them the sight they desperately need. This is where the gospel enters.

At the heart of Scripture, within all sixty-six books and its many different forms, genres, and styles, there is one single story: God’s redemption of mankind through the life, death, and resurrection of his Son, Jesus Christ. This story is called the gospel—in Greek, the euaggelion, which means “good news.” The way in which God reveals himself through the gospel is the same way he began creating the universe: God speaks light into existence, where there was only darkness before. And this is precisely what we read in 2 Corinthians 4:6, where we see the gospel powerful sufficiency to change lives: “For God, who said, ‘Let light shine out of darkness,’ has shone in our hearts to give the light of the knowledge of the glory of God in the face of Jesus Christ.”

This means that true Christianity is not a religion born out of rhetoric or ultimately of convincing proofs in history or science, but rather, Christianity is the product of a divine work of God in the heart of an unbeliever through the power of the gospel. The good news is the only thing that can accomplish this, not only to give them sight to see the glory of Christ, but to cause their hearts to delight in him as their supreme treasure. At Risen Hope, we believe that Scripture is entirely sufficient to break the hold of darkness on those who do not know Christ, transferring them into his kingdom and granting them an ever-increasing joy for this great God.